Modern paintings about the Dutch seventeenth-century from 3 October to 31 January 2021. In the autumn of 2020, Museum de Zwarte Tulp will be showing a beautiful series of paintings by Spanish / Dutch artist Lita Cabellut from private collections. The paintings are based on the theme of the "black tulip" and the great masters and thinkers of the Golden Age. In her paintings, Cabellut makes a connection between classical portrait painting and modern techniques. 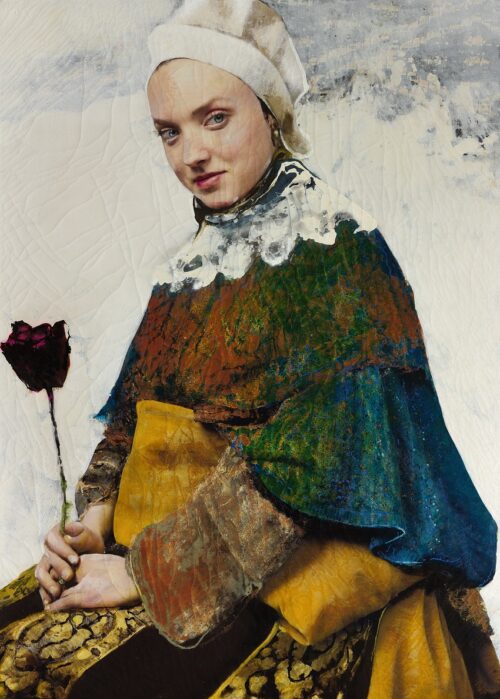 Lita Cabellut is well known in the Dutch museum world. After successful museum exhibitions in Den Bosch (Noord-Brabants Museum, 2013) and Amstelveen (Museum JAN, 2019), it is now Lisse's turn, where the theme 'black tulip' beautifully coincides with the name of the museum and the collection.

Lita Cabellut (1961, Spain) is a Spanish multidisciplinary artist who lives and works in the Netherlands. Cabellut is best known for her paintings on large-scale canvases with a contemporary variation on the fresco technique.

Lita Cabellut grew up as a street child in Barcelona until she was adopted at the age of twelve. During this time, she became acquainted with the Spanish masters at the Prado Museum, including the great masters Rubens, Frans Hals, Goya, and Velazquez, after which she immediately devoted her passion to art. She moved to the Netherlands at the age of 19, where she studied at the Gerrit Rietveld Academy in Amsterdam.

For more information on the museum, see the website.

Link to have a glimpse of the exhibition.

©2020 Lita Cabellut. Photography by Eddy Wenting and Studio Tromp (works). All Rights Reserved. All content on this website may not be published, broadcast or otherwise redistributed without permission. All press requests are welcome, please write to info@litacabellut.com