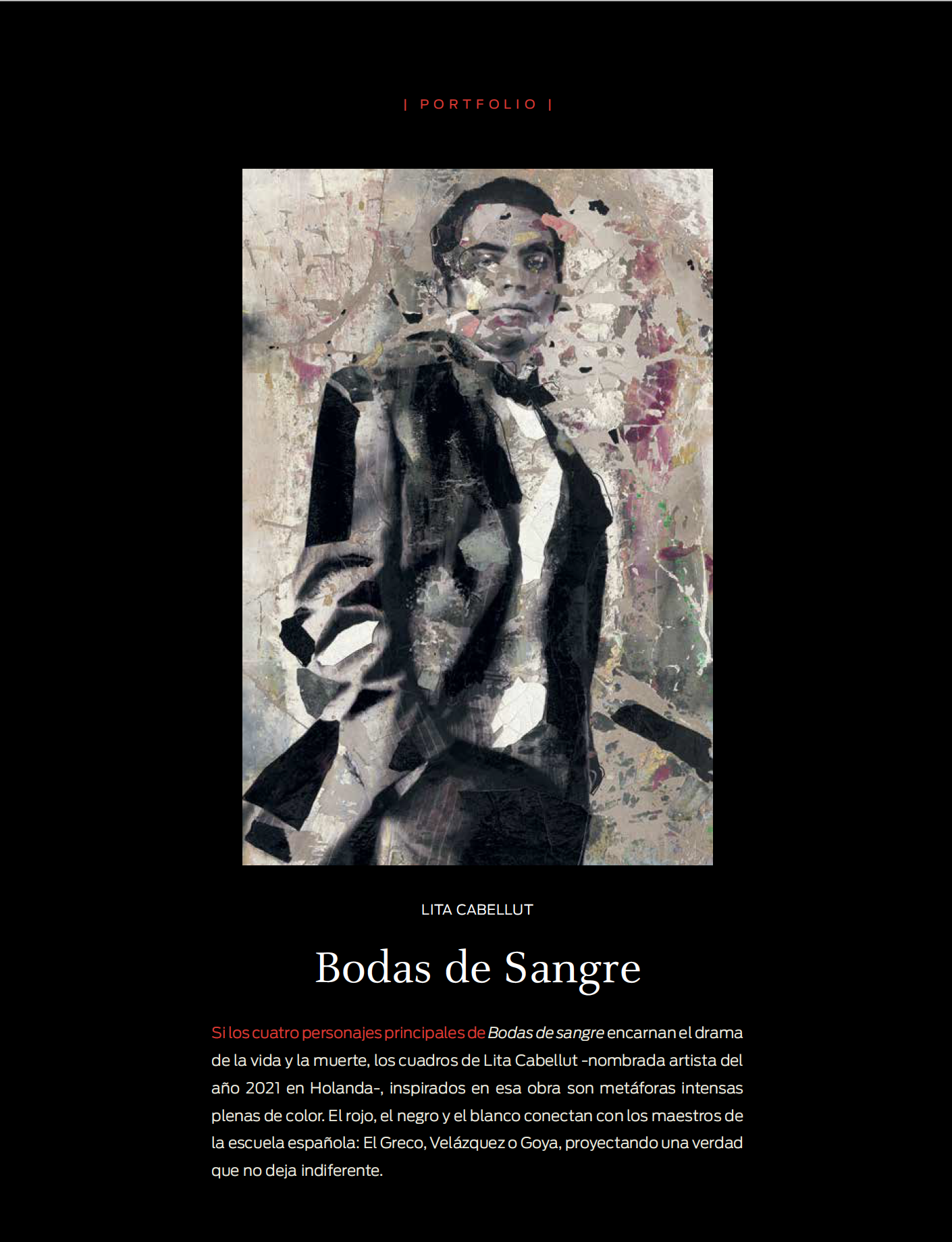 Lita paints as one who starts in life, as in the beginnings of everything, of love, of death when the dresses become too big or too small when spring awaits the flowers and the sun eats the fields, in bites, as if they were skewers, lips, kisses, meat. Lita does not paint with her hands, but with her eyes, from the inside out, she paints with Duende, as a bailaora would do, a la Rothko, a la Lorca, with those black sounds that pierce the canvas when she breaks it, punching when life won't give up. The Duende is not in the throat, nor for a painter, on the tips of the hands or the tips of the fingers. The Duende speaks, lives, vibrates with all its truth, and then the painting arrives, in jets, like a flood, at once, it comes from within, rising throughout the body, from the soles of the feet to the tips of the feet. nails. The Duende is the arms that are thrown, the colors that remain slaughtered, dark as blackberries as if they were scratches, skies in jealousy, dark and beautiful as green almonds, like lines that fall in love and do not want to separate.

The series Bodas de Sangre that Lita Cabellut has created is a before and after, a turn, a start, pure Duende, steel that turns into snow, air that melts into iron. Here the eyes shine like blades; the canvas, strangled, the canvas is plagued with screams. Under the layers of paint, the faces seek air, like fish in the puddle seek to breathe, the faces become traces, they remain in remains poisoned bodies, scorpions that writhe in the bonfire of colors. To paraphrase Lorca, some painters let themselves be led by the hand of the angel (who dazzles) or the muse (who dictates), painters who let art spill over them as if it fell from the sky or who hear voices, murmurs, or silences as if poetry were illuminations. But both, angel and muse, come from outside, nothing to do with the Duende that comes from the womb, from the depths, because "the Duende must be awakened in the last rooms of the blood." Lita is not a woman, nor is she a gypsy, she is not a street girl, she is simply an immense artist, pure Duende: an artist who paints from within, who paints as she loves, without fear, bursting the violets, skipping all conventions, combining triptychs that are at the same time figuration, abstraction, flare, she paints joyfully dynamiting all the nonsense of modern art, which likes to put labels, boxes, medals, to one another, qualify and disqualify, giggles and bolts. You have to see Lita, when autumn still does not dare, entering the arena of the Prado Museum as she did on October 5, 2019, you have to see her hang one of her canvases, and suddenly, remove the nails, take it down of the cross, fold it like a shroud, see her give all the possible blows so that she wakes up, as if, with all the strength of her life, she wanted to burst death. And then you have to see her reposition the canvas on the wood and then let the holy miracle of artwork, that the beautiful painting becomes sublime. Suddenly in front of the astonished eyes of 500 people, all astonished, there is silence, because they have just witnessed something much more valuable than all the gold in the world: they have just seen the miracle of art. 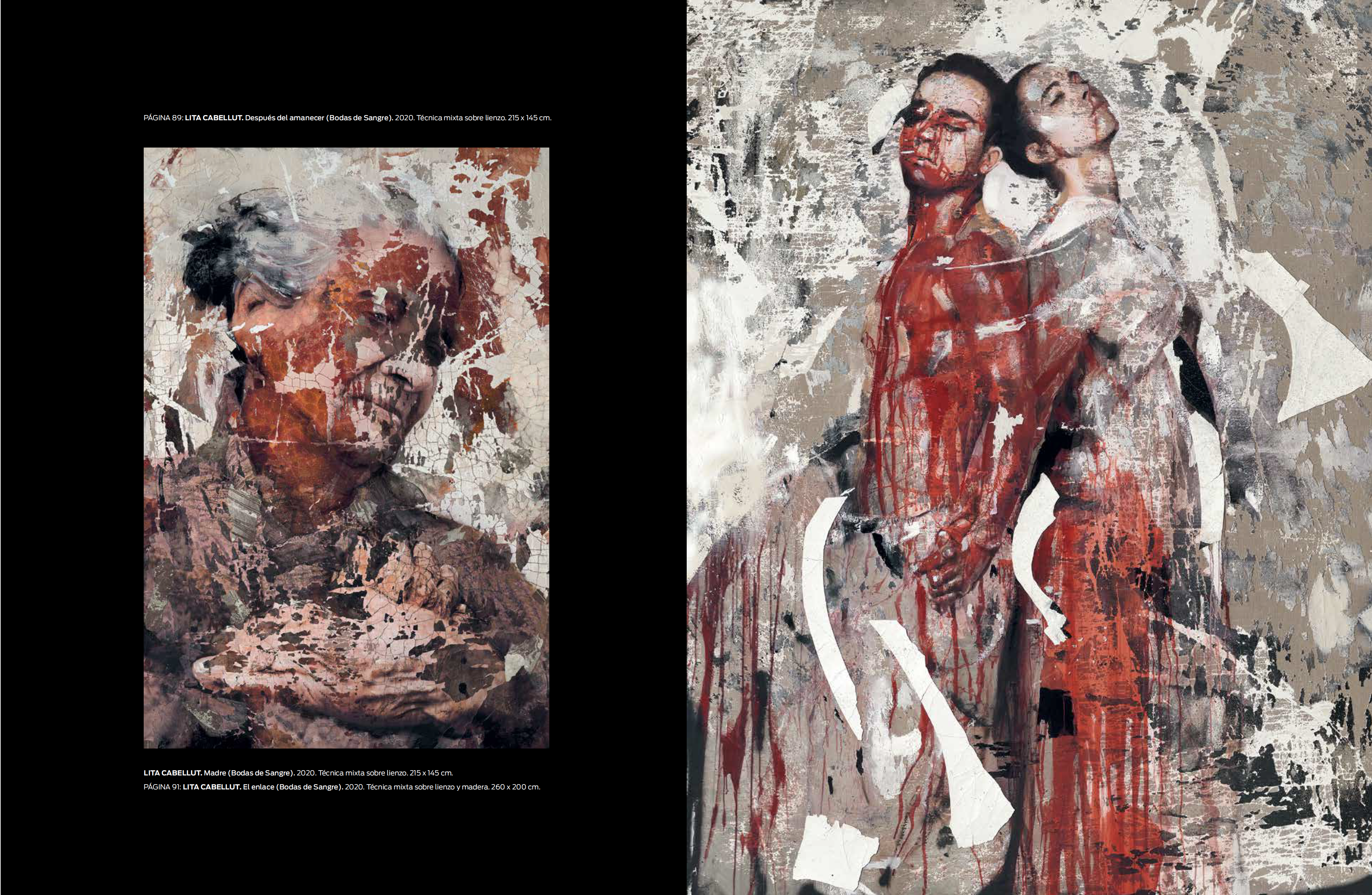 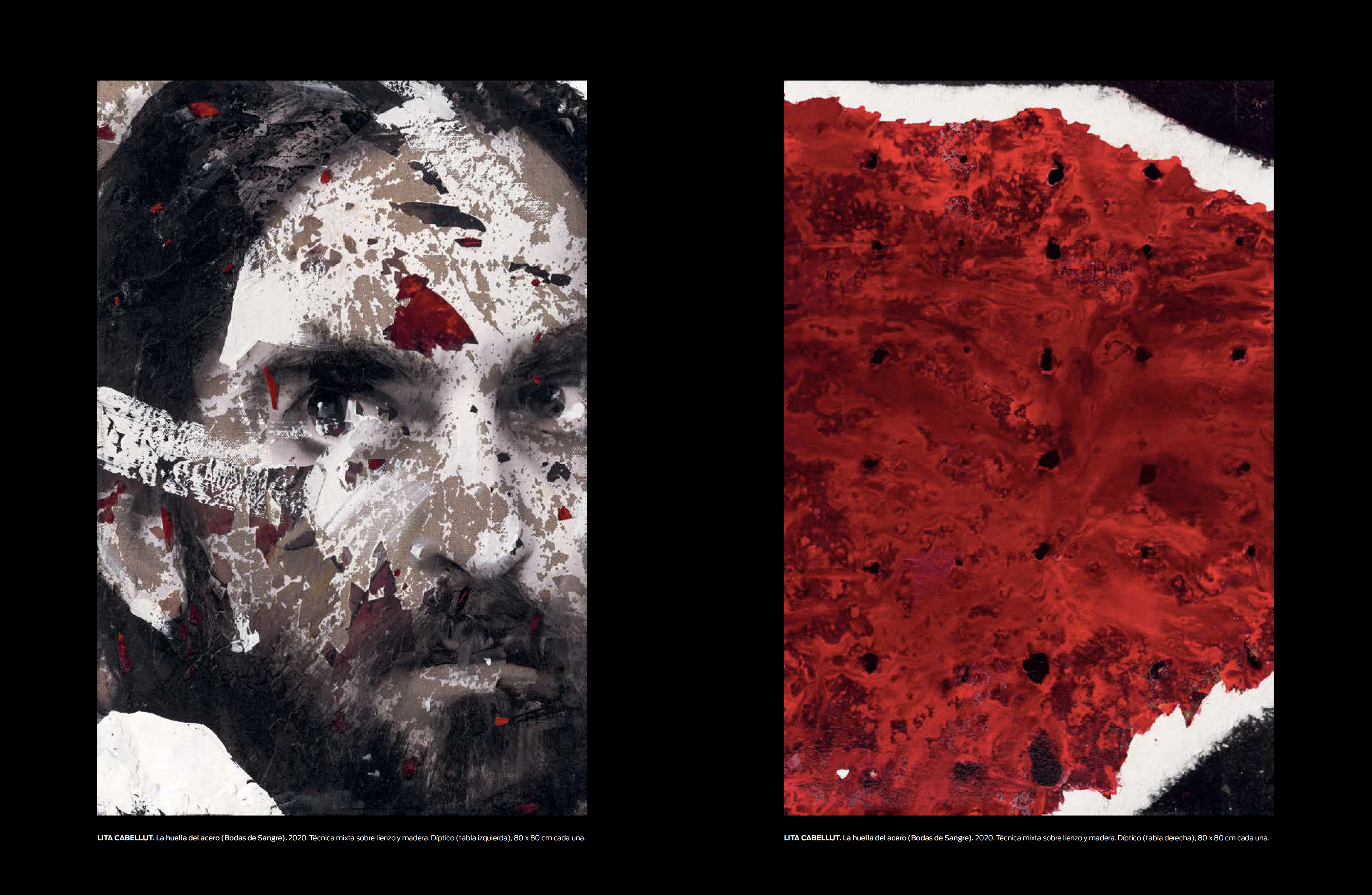 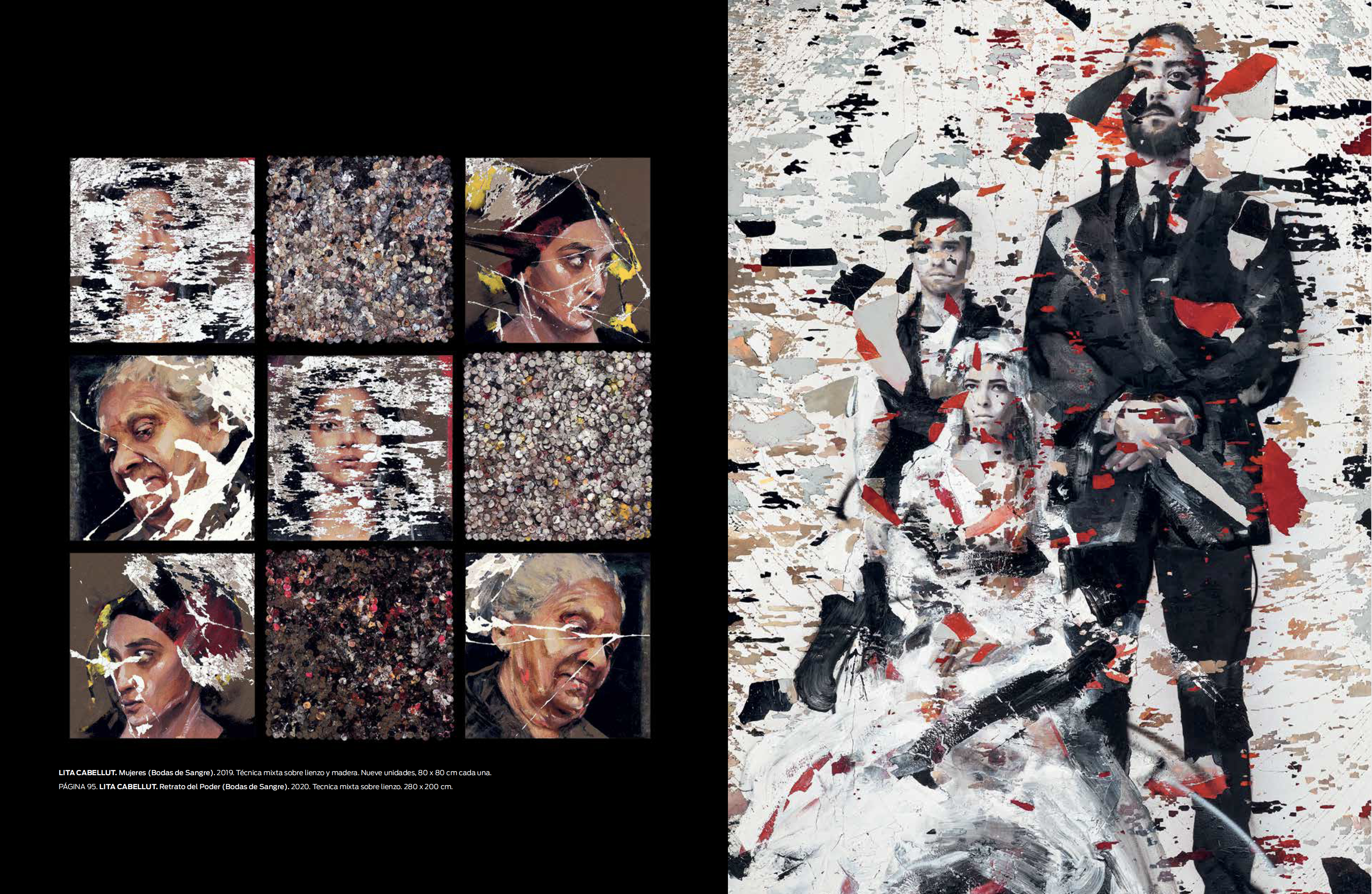 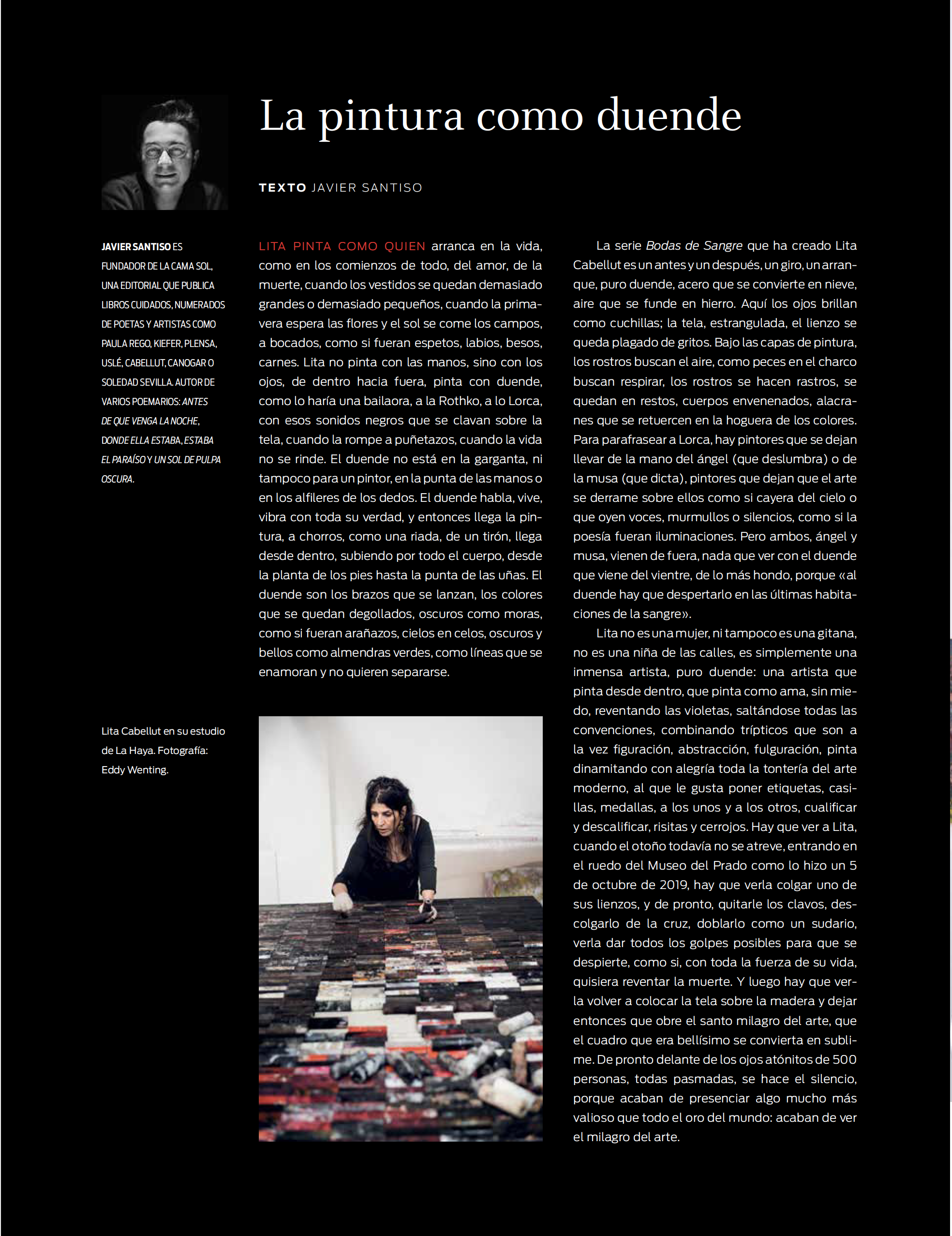