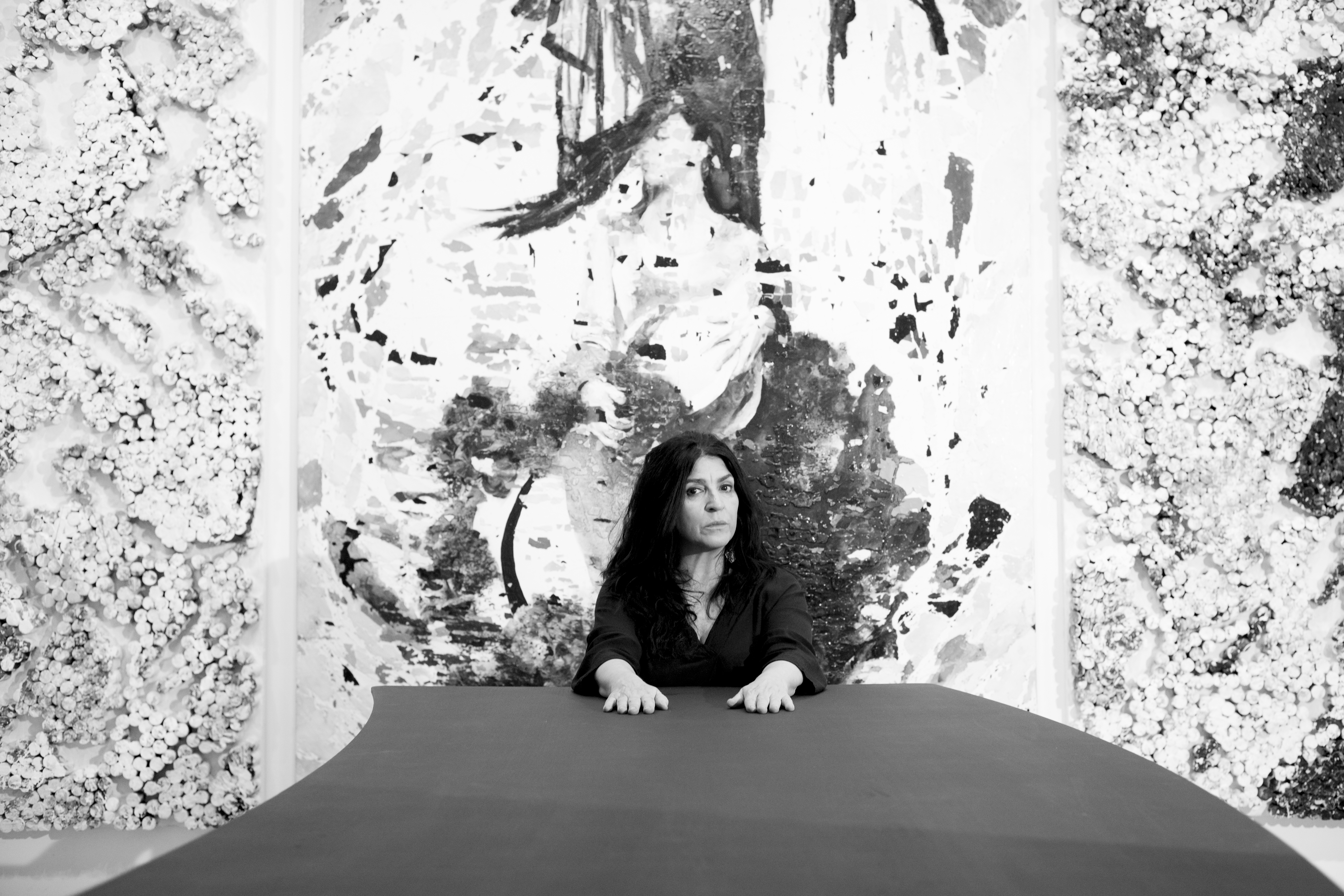 Lita Cabellut (1961, Spain) is Spanish multidisciplinary artist who lives and works in The Netherlands. Cabellut is most renowned for her paintings on large scale canvases using a contemporary variation of the fresco technique. Beyond her monumental paintings, her work also includes: drawings on paper, sculptures, photography, scenography, installations, poetry, visual poems and videos. She has also expanded to Opera scenography in the creation of stage, custom and video design. It is Lita Cabellut’s central tenant of a guiding poetic sense that stirs all these multidisciplinary tools.

Lita Cabellut grew up as a street child in Barcelona until she was adopted at the age of twelve. During this time, she was introduced to the Spanish masters at the Prado Museum, after which she immediately devoted her passion to art. She moved to The Netherlands at the age of 19, where she studied at the Gerrit Rietveld Academy in Amsterdam.

Pre -production | Charlie Chaplin; A man of the world | Documentary The documentary “A Man of the World” will have Lita Cabellut as Art Director. A documentary with animation in collaboration with the US, France, Spain, and the United Kingdom on the maternal origins of Charles Chaplin. In this production, Lita Cabellut will work hand in hand with Submarine Animation to recreate by her own image the life of Hannah, Charlie Chaplin’s mother. More info coming soon

Artist of the Year 2021 | The Netherlands Lita Cabellut has been named “Artist of the Year 2021” in the Netherlands, where she lives for more than forty years. An honor to compete with such renowned artists as Theo Jansen, Zoro Feigl, Iris van Herpen, Claudy Jongstra, Arno Kramer, Barbara Nanning, and Michael Raedecker. The “Artist of the Year” choice is the oldest and by far the most important election in the art field in the Netherlands. Four electoral rounds are held with thousands of votes, in which both a large panel of experts and the public cast their votes. The collective involvement shows the extent to which the appointment is widely appreciated by the Dutch art industry and artists. More info

2020 Bienale Flamenco 2020 | Sevilla | Spain Lita Cabellut, the artist who made a monumental painting for the 2020 edition of the Biennial, chose the contemporary worldwide known dancer Rocío Molina to deconstruct her painting that resulted in the poster of the 21st edition of the Flamenco Biennial. The performance took place in Sevilla in the ancient artillery factory. More Info

2019 National Museum Prado | Madrid | Spain At the Museo Nacional del Prado, Lita Cabellut gave the conference-colloquium “The corridors that transformed my life into color.” Her participation was on the occasion of the Bicentennial of the Museum within the commemorative program of which she has been part. It was at the Prado Museum where at age 13 and in front of the great masters, she promised herself that she would fulfill her dream of being an artist. Here, in this conference where her career and creative process were revealed, Lita Cabellut carried out the “deconstruction” of one of her pieces live and in front of the public, the culmination of the creative process in which she is now immersed. More info

2019 KARL V | National opera | Munich | Germany Munich National Opera, Lita Cabellut is chosen to realize in the opera “Karl V”, the artistic design of the stage, the costumes, and the video art. The premiere of Karl V took place with unanimous applause from the specialized critics, especially highlighting the concept developed by the artist. The themes of powerful political systems are reflected in this monumental, dynamic, and current opera through suffering and the consequences that abuse of power generates in humans. More info

2019 The Victory of the silence | Zaragoza | Spain The Goya Museum in Zaragoza exhibits the work of Lita Cabellut with the exhibition “The victory of silence.” It is the first exhibition in Spain in which her most recent work integrated with new series and working methods was shown in public. “The victory of silence” received more than 25,000 visitors and a record number of attendees in the talks held by the artist. More Info